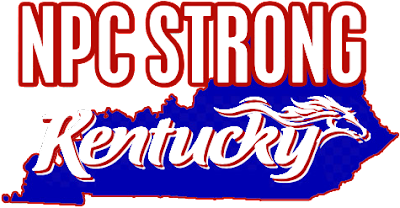 You've arrived at the best!! NPC Strong Kentucky is coming up on its first anniversary and it's really stayed the course. Despite some haters, a bad ad account here or there, and even though I've decided to cover less contests in KY, opting for more national ones, the page has blossomed. I can't even begin to say how important the partnerships with our three gym sponsors has been. Powerstation Gym in Middletown, OH, Lift Inc. Gym in Somerset, KY, and The Factory Gym in Louisville, KY, have been instrumental in making this page such a success.

I am very proud of what's been accomplished and what will continue to be done. We've seen the end of a feud in Louisville, initiating that dialogue, and we're now pushing hard for the return of 2 Scoops Radio. This page is about growth, not drama; when I say I want to expand the NPC, it's not just lip service.

Thanks to the guidance of my mentor, Gary Udit, and all the hard work I put into this project, I know that come late August, when we really celebrate that first year, it'll be epic. I also plan on bringing you a great meal prep sponsor - a very respected national name - as well as national supplement companies. I'm going to really up this page's game, even more so!