The Factory Gym - Hardcore Since '84

Great Scott, WTF happened to most of the old-school gyms?!?! They're gone!!

Chances are, if you live in just about any major American city, most old school bodybuilding gyms have gone the way of the dinosaurs. In most cities, "gym" chains run the show and they're all locked in battle over the $9.99/$19.99 a month crowd. These facilities typically have massage chairs, tanning rooms, and stuff their members' faces with candy, pizza, and bagels. What they're really good for, exercise-wise, is cardio equipment. Weight-training machines and free weights aren't a priority for them. Other chains, offer more in terms of weights, but charge an arm and a leg. These gyms are obsessed with up-selling, imposing mountains of rules, and even post silly signs in the men's locker rooms - like anyone is going to use certain supplements while using the can (so stupid). Finally, there's some gym owners opting to pay big franchise fees, in order to have one of the 3 biggest old-school gym names over their facility. In a way, having certain names like Gold's, World's, and/or Powerhouse, alone, will bring the bodybuilding crowd in the door. That being said, I've been to gyms with those names on the signage, in cities outside Kentucky, only to walk into what would otherwise pass for a Planet Fitness or Retro Fitness.

Louisville Metro is Kentucky's largest city-county, with a population of just over 1.2 million, and two medium-sized bodybuilding contests, to its name. Like most American cities, there's a considerable variety of training facilities - all battling it out with marketing campaigns and competing for who's the cheapest - offering the most trivial amenities. Most talk a big game, but don't deliver squat.

The real game-changer, here, is equipment. No gym in Louisville has what The Factory has. You could sit in every conceivable angle and be the biggest Iron MacGyver, but you're not going to be able to hit and stimulate the muscle, the way you'll do at 4709 Allmond Ave STE 3B. Louisville, KY. Even their reverse leg curl machines will blow your mind!! From the most basic to the most intricate, you have access to machines and devices others gyms won't have in a million years! There's plenty "gyms" in the area, but only one Factory - don't be fooled!!

The Factory Gym, whose motto is "hardcore since '84," is all about physique-based and strength-based athletes; it's not just an old school gym, it's like walking into a time warp and there's no telling who you might run into - from pro bodybuilders to powerlifters to pro wrestlers.

The Factory Gym also sponsors some of the best athletes in Kentucky, not to mention, proudly sponsors NPC Strong Kentucky. Be sure to stop by, the next time you're ANYWHERE near Louisville.
at March 31, 2019 No comments:

Email ThisBlogThis!Share to TwitterShare to FacebookShare to Pinterest
Labels: The Factory Gym 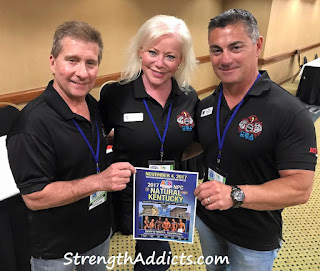 When it comes to hard work, leadership, and vision, we here, in Kentucky, are extremely fortunate to be led by a district chair like Rick Bayardi. He is the one and only person who runs things in Kentucky, and he’s exactly why this State’s NPC office runs as smoothly as it does. In addition to being an exemplary chair, he also leads the A Team, which works a variety of shows in The MAZ (NPC Mid Atlantic Zone), as well as the most important contest in bodybuilding, the IFBB Pro League Mr. Olympia in Las Vegas, each year. Let’s just pause here for a moment. The Mr. Olympia is often described as “the Superbowl of Bodybuilding,” and rightly so. The fact that Rick’s team is responsible for operationally running this event, this historic, international event, says a lot. Rick and his team are entrusted with a huge responsibility and they never fall short; in fact, they continuously raise the bar, higher and higher. 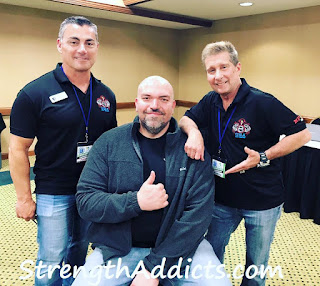 When you have someone of Rick’s caliber at the helm, it makes the whole process run smoothly, from effective judging panels to clear communication of NPC Rules and Updates to the competitors, and perfect lines of communication between the promoters and the Federation. If there’s ever any confusion as to who is in charge of the NPC, here in Kentucky, I hope this article settles it. 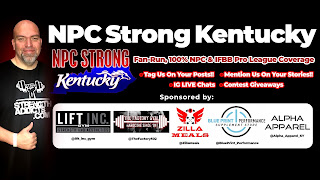 One of the main reasons I started NPC Strong Kentucky, was because I wanted to provide even more customer service to the NPC community here. A big part of customer service, is informing our people, making sure we’re all on the same page, and building a stronger community. I want you, the competitors, to know exactly what’s going on, as well as promoters, vendors, and anyone else interested in our sport. Each state in the NPC has its own leadership. The only two offices that exist, are that of District Chair and District Vice Chair; these are voluntary, unpaid positions. Kentucky’s Chair is Rick Bayardi - there is no Vice Chair. There is also no chair-in-waiting, there is no unofficial chair, and there is absolutely no one who speaks on behalf of Rick - or - who Rick consults with, here, prior to making decisions. The only person Rick consults with is Gary Udit, our NPC Mid Atlantic Zone Chair.

Rick knows this industry inside and out. He knows cool heads prevail and works extremely well given any situation, that’s part of the reason he’s the best. Whether he’s overseeing expediting, promoting a contest, or speaking to a full auditorium of athletes, Rick is always on his game.

In fact, when I asked Gary what his thoughts on Rick’s leadership were, here’s what he had to say, “Rick Bayardi serves the NPC as District Chairman for the West Virginia District, the Ohio District and also the Kentucky District. Thanks to Rick’s leadership, passion, meticulous attention to detail and drive to excel, those districts have become the gold standard in the NPC.” 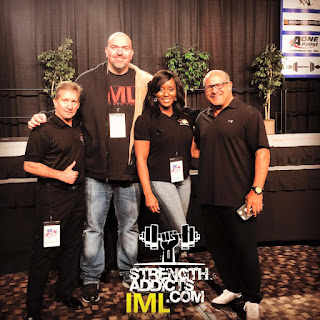 And there you have it, Kentucky is in very good hands. We have great competitors, vendors, judges and promoters. Everyone plays an important role in growing the NPC and growing the sport. Also, there’s a big reason why so many people love competing in The MAZ. It doesn’t matter if you compete in Delaware, run by its awesome State Chair Todd Howe, Maryland, run by it’s awesome, newly-appointed Vice Chair Tony Roberts, or Kentucky, run by the awesome Rick Bayardi, because if you’re competing in The MAZ - all of our contests run the same way - perfectly! We have amazing district chairs and vice chairs, all trained by, and overseen by our NPC Mid Atlantic Zone Chair, our friend, Gary Udit. Gary and all of the other zone chairs are under the leadership of our esteemed President, Mr. Jim Manion. That’s how all this works and why the NPC is the absolute best, in America, and worldwide!!