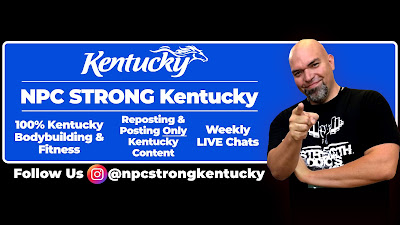 As I'm sure most of you have heard by now, it seems that Louisville's 2 Scoops Radio podcast has come to an end - or at the very least, an indefinite hiatus. The program, which aired weekly, was hosted by Cory Howell and IFBB Pro Ty Robinson, and featured new and established competitors, as well as fitness stars. The program was received very well by the bodybuilding community and also had a close connection to Next Level Sports Nutrition. The collaboration saw them work together often (e.g. the 2018 NPC Kentucky Open, posing clinics, charitable events). As I'm sure everyone knows by now, Ty and Next Level parted ways some time ago. The details of the split are no one's business, but theirs; however, I had a hunch that when said split took place, the program's days were numbered.

When folks change jobs, schedules change, and sometimes outlooks can change as well. I've been there before - both on the employer and employee side - and it's all about regrouping, never skipping a beat, and continuously raising the bar. Unfortunately, the regrouping process doesn't always work well for projects and/or secondary interests. The fitness industry is perhaps the toughest place to make a buck and land on your feet after a career change. I have faith that once things settle, 2 Scoops will carry on - at least that's the hope.

Kentucky needs all the press it can get!!

I've been wanting to do a podcast for a long time. Initially, I was sold on the idea of having a podcast where I had a co-host, a solid backer who'd buy all the equipment and build us a studio, and pay me per show. I share these details with you, because they're part of MY STORY. When my co-host bailed (not his fault, not mine), the backer bolted, and I was left with a great name/url "Bluegrass Bodybuilding" and no direction. That podcast was supposed to LAUNCH in January and here we are in MAY and still no podcast. My friend PJ told me, just this morning, that I should just do it already and I probably will, but I shared this example to illustrate, just how much changed circumstances can alter everything. I will get the podcast out, because I'm Christian Duque, and I don't need anyone or anything to be successful, but it just might take a little longer.

Here's the deal, 2 Scoops Radio went the distance, for a very long time. In podcast-time, anything double digits, is huge. These guys went at it for a straight-up year and they were getting sandbagged for a big part of that time. I won't say by who, but the fact they couldn't cover contests was/is utter bullshit. They were never in bad standing and they could have always have gotten a press pass. It's simple, you send an email to the NPC National office and they do the rest. Any promoter who listened to anyone but Rick, should have known better.

Moreover, on what could very well have been their last episode, Cory shared some of the reasons he didn't cover the Derby (e.g. the grueling process of getting media credentials [which it's not], paying for tickets, and paying for parking). That made my blood boil! Had it not been for RD Caldwell Jr. and several other friends of mine in the industry, I too, would still be paying for everything to add value to promoters' contests.

Media does not pay for tickets. Media ADDS VALUE to contests. The more BUZZ a contest has, the easier it is for a promoter to  sell more booths, sell more tickets, and get more Competitors to enter in the future.

I remember last year, when the 2 Scoops guys thought they could cover the Tricky and when they were told they couldn't; they actually had to relay the news to their audience, just days before the contest, on one of their episodes. That's a humiliation they should NEVER have had to endure. That being said, I can't be a hypocrite. At the time, I was a part of that STUPID supp shop feuding, buying into without questioning, and even asking for seconds. Now, looking back, I'm disgusted and anyone who tries to pull that crap again, I'll take on - and I'll win. That crap is over. That feud is pretty much dead and both sides are open to dialogue and dialogue will happen, when the time is right.

Cory and Ty went through a lot, but I strongly hope they'll meet and talk. I have already pledged to help in any way I can. I made the pledge privately to Cory, but I make it publicly from here as well. Private pledges mean little. I want the world to know, I'm here for you guys, just let me know. I also implore everyone reading this to Inbox and DM these guys and let them know you want the show to to continue. If weekly is too much of a pain the ass, then do 1 monthly podcast. If you can't both get to the studio, record it remotely. I've been a guest on a million podcasts where all I do is call in. Ideally, you want both hosts in the same studio, but beggars can't be choosers. Wherever you tape it, we'll listen - myself included. I'm a 2 Scoops Radio, FAN!

One last thing, 2 Scoops Radio IS Cory & Ty. I commend Cory for calling it quits - or going on hiatus - as opposed to finding a replacement for Ty. I don't think that would've been the right move. That being said, I'd like to see the Gains Train hit many more stations in the future. It's my hope that the show carry on. Try to talk fellas, don't stop now.

All The Best,
Your Friend,
LURCH 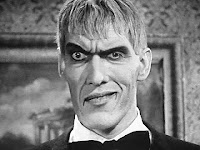